← back to
Lowatt
Get fresh music recommendations delivered to your inbox every Friday.
We've updated our Terms of Use. You can review the changes here.

by DIE NO FIGHT 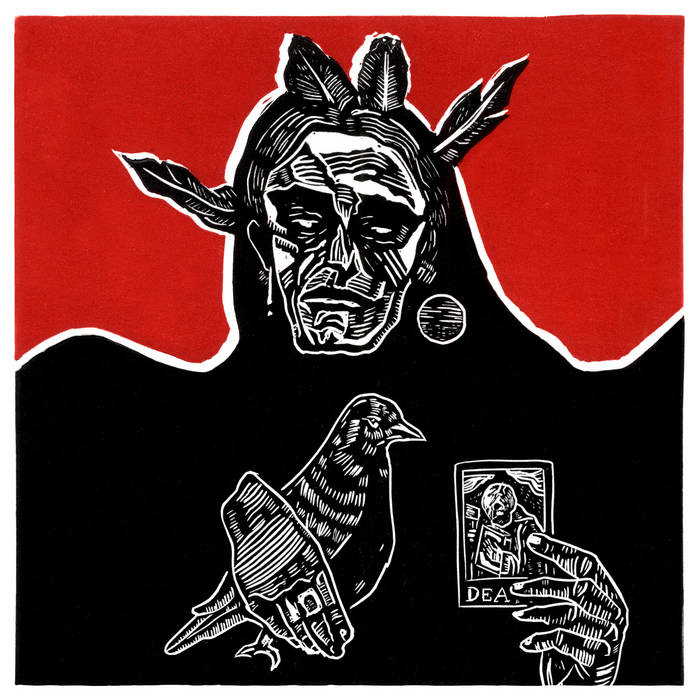 Bassist Greg Sosa and drummer Matt Schmitz started playing together in their mid-twenties when the two were introduced to one another by Matt’s sister, a one time bandmate of Sosa’s, in the short lived Revo 9. Meeting at the same bar where Beto O’Rourke decided to launch his campaign for Senate, the two had fistfuls of drinks, deep discussions about the state of music, and aspirations to do something different.

After several productive jam sessions, the two decided to add a third member to the mix, and that person ended up being bassist Matt Miller. The three of them, now banded together as Belknap, started playing shows in and around the El Paso area, to cheers and jeers. Some folks in the scene absolutely revered the band’s complex songwriting and non-traditional double bass guitar and drums line-up, while others loudly encouraged them to go the safe route and get a guitar player.

Just as the naysayers were coming around to Belknap’s unique approach, At The Drive-In split, and the ripples of that implosion fractured the city’s small but tight knit punk scene. A few weeks later, on the same day that Belknap was preparing to ink a deal to officially release their first EP, on Communal Heart records, Matt Miller announced that he would be leaving the band to join the newly formed At The Drive-In offshoot, Sparta.

Down but not out, Sosa and Schmitz actively held tryouts for Miller’s replacement, but none of the city’s bass players (or guitarists) could fill the void that Miller had left. After months of fruitless searching, the two decided to begin anew as a duo, and started writing under the guise of Mysterious Mouse. By the time they’d worked up an album’s worth of material, Sparta went on an extended break, and Jim Ward enlisted the duo as the rhythm section for his new alt-country band, Sleepercar.

After completing a couple successful tours with Sleepercar, that included performances on The Tonight Show and opening slots for Coldplay, the two came back to El Paso and picked up where they had left off as Mysterious Mouse. In the midst of re-learning the material, the two realized they were capable of much greater feats, and began writing even more technically adept pieces. These new songs that sounded like two brontosauruses fighting to the death became the roiling, sludge-y swamp that DIE NO FIGHT evolved out of.

After weeks of rehearsals, the band tracked themselves in a warehouse space adjacent to US/Mexico border. The recordings from these sessions were then handed off to Brent Asbury (Dead Cross, The Locust, PANICKER) for mixing and mastering, and are now seeing the light of day on Lowatt Records.

DIE NO FIGHT is Greg Sosa and Matt Schmitz's instrumental, post-post Belknap project, that sounds like two dinosaurs beating each other senseless on the edge of a tar pit.

Bandcamp Daily  your guide to the world of Bandcamp

Guests John Beltran and Kim Myhr walk us through their magical musical adventures.